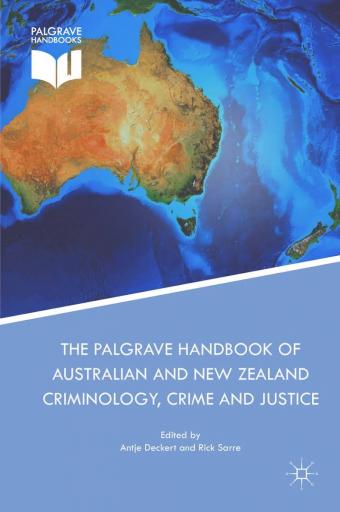 In: The Palgrave Handbook of Australian and New Zealand Criminology, Crime and Justice (Springer); Antje Deckert and Rick Sarre, Eds.

By 1996, Australia had suffered a spate of 13 public mass shootings which claimed 112 lives and ended only on April 28th, when 35 innocents were shot dead in the Port Arthur massacre. The next day, public health and law practitioners ignited a wildfire campaign for gun control which was agreed and adopted by all sides of politics in just 12 remarkable days. In the 20 years which followed, more than a million guns were destroyed. Mass shootings simply ceased, and the risk of an Australian dying by gunshot dropped by more than half. Although cause and effect remain in dispute, the world’s most comprehensive suite of legislation to reduce gun death and injury is now widely cited as an example of best practice.

This chapter shows how and why, along with almost all colonies of European empires, Australia adopted three legislative pillars of gun control; licensing gun owners; registering each of their firearms; and treating private gun ownership as a conditional privilege, not a right. I describe the patchwork of laws and loopholes which permitted one small jurisdiction to undermine the best efforts of seven others until the day it suffered 35 gun deaths in a single massacre. I describe the remarkable two weeks in which law campaigners, the public, and all sides of politics united to replace a jumble of legislation across eight jurisdictions with a single, comprehensive national agreement, but I also recall the hard years of policy slog which made that possible. I outline the provisions of the National Firearms Agreement, its effects, and the legislative backsliding which continues to this day. Perhaps most importantly, I present evidence of the public safety impacts of those laws, now cited around the world. Finally, I credit officials and police with leading two decades of national attitude adjustment to guns and gun owners, reminiscent of the 1980s turnaround in drink-driving enforcement.